After much consideration, our committee has elected to cancel the 2020 Staff Brewing Competition at UC Davis. See latest updates. 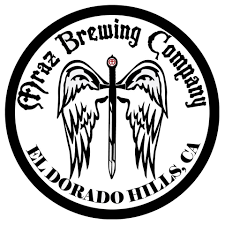 Mike Mraz began brewing as a hobby in 2006. Within just a few years, he was crowned Homebrewer of the Year for the state of California, and then repeated the accomplishment the very next year. In May 2013, Mike turned his passion into a profession when he opened Mraz Brewing Company.

A lover of Belgian-style beers, Mike cites the level of respect paid to the craft by the great Belgian brewers as a major influence in the way he designs and crafts his beers.  But Mike will be the first to tell you that his appreciation for fine beers extends far beyond a Belgian Tripel or a Farmhouse Style Ale. From a big Imperial Stout to an easy-drinking Pale Ale, there’s an unyielding commitment to quality evident in the appearance, aroma and flavor of every beer Mike creates.